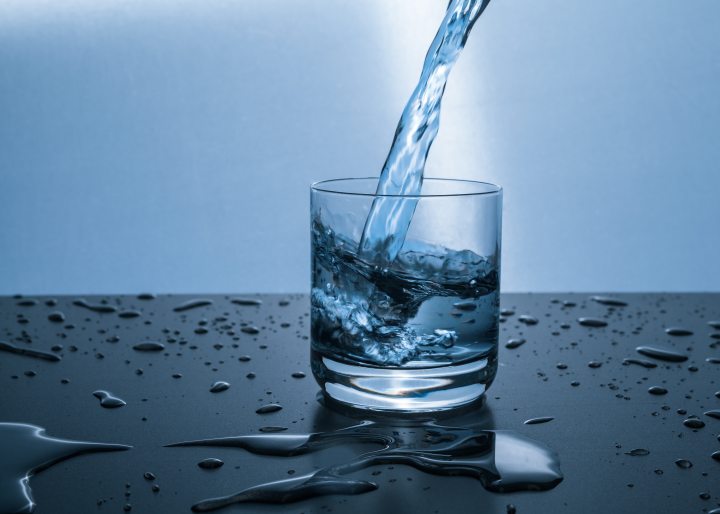 My friend mentioned that they were stopping drinking fluids with their meal. I’m not one for fads as I tend to stick to the eat less, move more mantra; but this one kind of made sense to me. The plan – don’t drink 45 minutes before or after food.

Where on earth did she get this idea from? Why do it? Well she heard it, and I have since also heard it, on the Chris Evans breakfast show (radio show on virgin for those not in the UK). So I listened in and he was saying he had started to do this on the basis of an article in one of the daily papers. The idea (my very basic interpretation) is that drinking whilst eating meals can dilute the enzyme things that break down your food. It also means that you only drink in between meals and are less likely to snack. All this, so far, just sounded sensible. It might not be, as it seems to go against all beliefs about meals, but what the hell, I figured I should at least do a bit of research.

My (very limited) research on the topic

This involved only a few google searches but the results seem to agree. There was one that said there would be no impact on enzymes but there were quite a few blogs, bits of research, and advice that said to not drink with food. Times seem to differ and I saw one article saying don’t drink from 30 mins before to 2 hours after but this seemed a little extreme. So I have decided on the 45 before and 45 after rule to try out. The point to note (and one I have largely ignored) is that they usually quote water. I figure this is a good thing but I also figured this didn’t exclude wine. Just to balance out the fact that I am now waiting 45 minutes after my dinner to have….a glass of wine….I have also picked up on the advice of drinking water as soon as I wake in the morning to flush toxins (and generally start the day on a sanctimonious ‘I am healthy’ vibe). To be fair I am also drinking water after breakfast and lunch. I will after most dinners too; but this week I fancied a small glass of wine.

It feels ok to wait for that drink. The before rule is easy but it is a little weird for the first 20 minutes after food. I haven’t been eating really healthily (I will try harder next week) but I have lost a couple of pounds. I do expect this to tail off but I think the benefits are wider. Hopefully my stomach is doing its thing without being drowned in wine or fizzy juice. That can only be a good thing. Well I don’t actually know if it is, but I haven’t seen anything to say it is a bad thing. I will keep going (for a bit anyway!) and maybe I will start to figure out some other healthy regimes.

© My-Forty-Something-Life.blog, March 2019 t0 current. Unauthorized use and/or duplication of this material without express and written permission from this site’s author and/or owner is strictly prohibited. Excerpts and links may be used, provided that full and clear credit is given to www.my-forty-something-life.blog with appropriate and specific direction to the original content